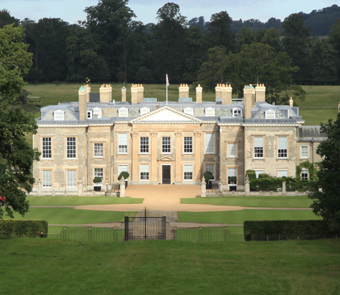 Take a tour of Althorp with Charles, the 9th Earl Spencer, brother of Princess Diana.

Althorp, childhood home and final resting place of Princess Diana, is currently the home of Diana’s brother, Charles, the 9th Earl Spencer. Nineteen generations of Spencers have presided over this grand estate for more than 500 years. The Spencer dynasty has produced politicians, military heroes, dukes and duchesses and will one day furnish Britain with a king: Diana’s son, Prince William. Noted for their generosity, the Spencers once came to the rescue of a distant cousin fallen on hard times: the great-great-great-grandfather of George Washington. Althorp House has hosted some of the kingdom’s most distinguished guests, and its rooms have witnessed scenes of great celebration, the first earl’s secret wedding to his sweetheart and most recently, the marriage of the current earl, who takes viewers on a personal tour around the noble manor that’s first of all his family home.