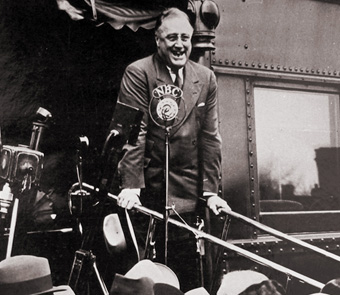 FDR brings the same optimism and energy to the White House that his cousin Theodore displayed. Aimed at ending the Depression, his sweeping New Deal restores the people’s self-confidence and transforms the relationship between them and their government. Eleanor rejects the traditional role of first lady, becomes her husband’s liberal conscience and a sometimes controversial political force in her own right. As the decade ends, FDR faces two grave questions: whether to run for an unprecedented third term and how to deal with the rise of Hitler.

Photos for the series are available on THE ROOSEVELTS program page.