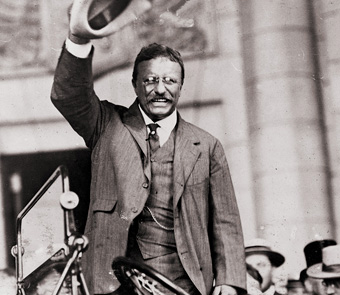 Murder brings Theodore Roosevelt to the presidency, but in the seven years that follow, he transforms the office and makes himself perhaps the best-loved of all the men who ever lived in the White House — battling corporate greed and building the Panama Canal, preserving American wilderness, carrying the message of American might around the world. FDR courts and weds Eleanor Roosevelt, the shy orphaned daughter of Theodore’s alcoholic brother, Elliott. Together, they begin a family. Franklin enters a law firm, but when he is offered a chance to run for the New York state senate, he jumps at the chance.

Photos for the series are available on THE ROOSEVELTS program page.