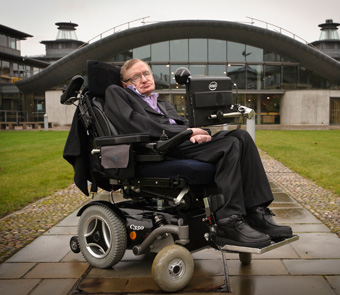 Trace Stephen Hawking’s great scientific discoveries and his rise to fame and superstardom.

This is the intimate and revealing story of Stephen Hawking’s life. Told for the first time in Hawking’s own words and with unique access to his home and public life, this is a personal journey through Hawking’s world. The audience joins him at home, under the care of his nursing team; in San Jose as he “wows” a packed theatre audience; in Silicon Valley as he meets a team of technicians who hope to speed up his communication system; and as he throws a party for family and friends. HAWKING also carefully tells Hawking’s life journey, from boyhood under-achiever to PhD genius, and from a healthy cox on the Oxford rowing team to diagnosis of motor neuron disease, given just two years to live — yet surviving several close brushes with death. The film also highlights his greatest scientific discoveries and plots his rise to fame and superstardom.